100 Million Reasons Why Retailers Should Use RFID 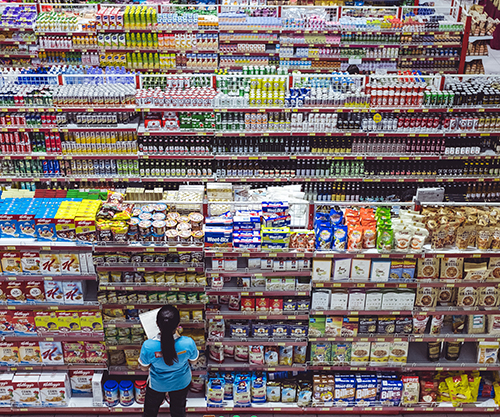 Last week, RFID Journal hosted a webinar discussing the use of radio frequency identification technologies in the retail sector, titled How an End-to-End RFID Solutions Approach Has Reduced Risk and Accelerated Return on Investment (ROI) for Retailers Around the Globe. One of our speakers was Dean Frew, the chief technology officer and senior VP of RFID solutions.

Dean mentioned, almost in passing, that retailers had used his firm's Clarity software to stock-count more than 100 million unique items at just over 2,300 stores within a single week. I thought that claim was extraordinary, so I asked him to clarify, and it turns out I had heard him correctly. In fact, Dean told me, employees didn't even have to spend their entire day counting inventory—in most cases, the stores were giving one or two workers handheld RFID readers, and they then spent only an hour or two performing inventory counts.

Auburn University's RFID Lab found, during time and motion studies it conducted at multiple stores, that staff members can scan approximately 650 bar codes per hour. At that rate, it would take a whopping 154,000 hours to read 100 million bar codes. There are 168 hours in a week, so it would take 15 employees 183 weeks (nearly four years) apiece to take inventory of 100 million unique items, assuming five workers were scanning for three shifts a day—and the accuracy rate would be much lower than with RFID, because personnel would miss some items and grow tired after a few hours of scanning.

This represents a huge jump in productivity, but the benefit to retailers is not merely a reduction in inventory-taking costs. Most retailers do not count inventory on a daily or even a weekly basis; with bar codes, it is far too expensive to do this. They typically perform twice-annual inventory counts, which is why inventory accuracy at most stores is at a paltry 65 percent. With RFID, retailers are achieving 95 percent to 98 percent inventory accuracy rates.

The real benefit for retailers is the ability to capture accurate data in near-real time in a cost-effective manner. This enables them to ensure they have items in stock when customers want to buy them, and it allows them to carry out buy-online, pickup-in-store (BOPIS), ship-from-store (SFS) and so on. It also provides the data required for analytics and future artificial-intelligence systems.

Dean mentioned that a large percentage of the RFID reads carried out each week take place at stores throughout Europe. It's interesting that Europeans seem to understand the huge advantage RFID offers. They are taking a simple approach, using handhelds to capture the data they need to raise their inventory accuracy.

Unfortunately, CEOs of American retail chains have been much slower to grasp the significance of the enormous value RFID can bring. Some may be getting bogged down in trying to do too much all at once. Installing readers in the back of a store, at the front of a store, at the point of sale and at the door between the sales floor and the back room creates a robust solution, but U.S. retailers may be better off following the European approach—gaining most of the benefits from using handhelds, and leaving the other parts of the system for later on. CEOs tend to feel better when they see a quick return on investment. That makes it easier to invest in building out the system over time.

rfidjournal.com, If it is debatable, please contact us to delete)