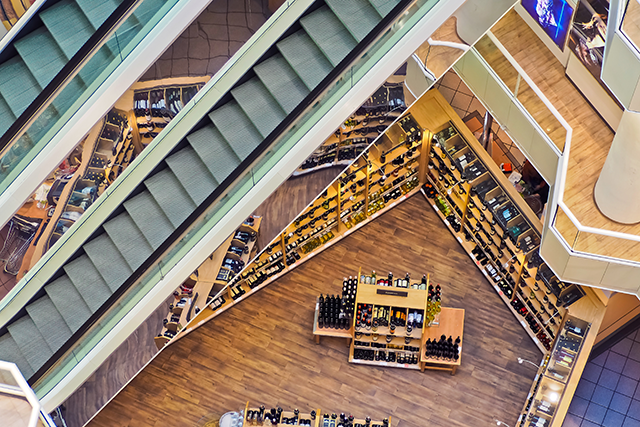 Retailers have been gaining value from radio frequency identification technology for years, by ensuring products are onsite and available on shelves. Most commonly, though, RFID tags are not being put to use by brands, or being tracked at distribution centers, and the first tag reads occur at stores. That renders products nearly invisible in the supply chain. However, a white paper based on a year-long pilot finds that when brands and retailers both employ RFID and share data about each item's movements throughout the supply chain, accuracy can rise to nearly 100 percent, thereby reducing the cost of claims.

Auburn University's RFID Lab and GS1 US released the white paper this month, describing the study, which is known as the Project Zipper – EPC/RFID Retail Supply Chain Data Exchange Study. The project consisted of tracking the movements of tagged items between eight brand owners and five retailers as they traverse from the point of manufacture to a brand's distribution center, another DC operated by the retailer and on stores.

The study, which concluded this past summer, identified more supply chain errors than participants had anticipated, with 69 percent of inbound orders from brands to retailers misaligned between what the brand says they shipped and what the retailer believes they received. Much of this inaccuracy results from holes in the current systems for capturing and sharing data, as well as some shipping errors. Such errors typically took place during the picking, shipping and receiving processes at DCs, often related to inaccurate data and workarounds, explains Michelle Covey, GS1 US's VP of retail apparel and general merchandise. During the pilot, the RFID Lab team examined data obtained from bar-code scans at the brand owners' distribution centers, as well as at the retailers' DCs, then compared that information with data captured via RFID tags.

In terms of the overall rate of inventory accuracy, the researchers found from previous studies that without RFID inventory stock counts in stores is about 63 percent accurate—in other words, that percentage of goods are actually in the store as the retailer expects. The percentage with RFID, on the other hand, is about 95 percent. The result for stores was compelling: with RFID use, they experienced a reduction in the rate of out-of-stocks by about 50 percent.

The RFID Lab was founded in 2005 to learn how RFID can provide value to the retail market, and initially worked with Wal-Mart, JCPenney, Nordstrom and Dillard's. The technology has evolved from use on pallets and cases to the item level, according to Justin Patton, the lab's director. Throughout the past decade, most research undertaken by the lab has centered around benefits for retailers in tracking goods via RFID.

Until recently, Patton says, there have been few full implementations of RFID for supply chain management, simply because there haven't been enough tags already in the supply chain to make it worthwhile—a fact that changed in 2017, as RFID tagged items began reaching higher volumes. Although brands are tagging products based on demands from retailers, he notes, few are using the data in the supply chain at all. "We've been wanting to do this study for a decade, going back to the early days of item-level tagging," Patton says, "but everything was focused on the store." In fact, he adds, the team was waiting "for a steady stream of RFID tags going through the supply chain" to make a study worthwhile.

With approximately 9 billion products currently tagged on an individual level, GS1 US and Auburn University determined that the time was right to confirm the business value of RFID for use in supply chain management. GS1 US served as the study's project manager, connecting companies with the RFID Lab so they could participate, and consulting on project research.

The research team knew there were shortcomings in supply chain visibility and data management. Traditionally, the supply chain has not tracked serialized products; rather, companies have used the quantity of a specific stock-keeping unit (SKU) to identify received goods. Typically, a retailer issues a purchase order, then a brand picks and packs the specific goods for that order, sends an advance shipping notice and ships the items. Upon receiving the order, the retailer reconciles what it received against the order. If there is a perceived error, it sends a claim against the brand.

The problem is that there are many cases of miscommunications and workarounds. For instance, an order of 30 shirts might be shipped in two orders, with the first containing 20 shirts and the remaining 10 arriving at a later date. When the retailer receives the first 20-shirt package, it may issue a claim. Once the second order of 10 arrives, it would then identify another perceived error: goods arriving that it thinks were never ordered. This could result in a second claim being made.

With RFID, Patton says, that kind of miscommunication might not occur, since the data for each uniquely identified tag on a product would link that item to the specific order. Claims are an expensive and commonplace reality for the industry, he adds, and were thus the first challenge to be addressed with Project Zipper. The sheer volume of shipping errors found, however, was unexpected. "One interesting thing," Patton says, "is that because legacy systems have been in place for so long, the researchers didn't anticipate finding the kinds of issues they found."

Eight brands participated in the pilot, including Herman Kay, Swim USA, Levi Strauss & Co. and five retailers that have asked to remain unnamed. All eight were already tagging their products with EPC UHF RFID tags when the pilot began. A combination of handheld RFID readers and tunnel and fixed portal readers were installed at distribution centers and retail sites.

rfidjournal.com, If it is debatable, please contact us to delete)